Mike Hogan is from Omaha, Nebraska where he lives with his wife Denise and their two children.

Mike began square dance lessons in 1975 and began calling in the spring of 1976 at the age of 13. Since then, he has been a club caller for several clubs in the Omaha area including youth, mainstream and plus clubs. He has been the club caller for the Merry Mixers in Omaha for the past 28 years.

Mike travels regularly throughout the Midwest and has been featured at many festivals, weekends, and conventions across the country. Mike has called in 28 states and has been the featured caller at the Minnesota and Illinois and Alaska State Conventions, Dance A Rama; the national singles convention, and at weekends in Nebraska, Iowa, Minnesota, North and South Dakota, Kansas, Arkansas, Georgia, Virginia, New Mexico, Arizona and California.

In addition Mike has called and managed the Okoboji Spring Fling at Lake Okoboji, Iowa for the past 30 years. Mike is also on the staff at the Summer Weekend Getaway weekend in Johnson, Nebraska and the Sioux Empire Hoedown in Sioux Falls, South Dakota.

Mike teaches four square dance classes each year using a multi cycle program. This program has run without a stop for 15 years.

Mike joined CALLERLAB in 1986 and has served as Vice Chairman or Chairman of the Marketing and RPM Committees for 14 years. Mike has been an education panelist and presenter at seven CALLERLAB and five National Square Dance Conventions, assisted in writing the Phoenix Plan, creating the Add A Buck program and the Winning Way’s recruitment success series. Mike wrote a comprehensive square dance marketing plan for CALLERLAB that was adopted by the ARTS in 2006 and ROUNDALAB in 2007, and created Square Dance Omaha, a local organization to promote square dancing in the Omaha area. Mike has conducted caller clinics, leadership and marketing seminars in ten states.

Mike calls Basics through A2 and cue’s square dance level rounds. Mike is an entertainer who combines smooth and interesting choreography, with outstanding vocal talents. Whether it’s calling a dance, teaching new dancers, caller/leader education, or promoting square dancing, Mike believes he has a responsibility to be the best entertainer, educator and leader he can be.

Michael began square dancing at the age of 21 and started calling almost immediately in 1983. Dancers today know him for his high-energy, exuberant, and uplifting calling style; and his technical but “down to earth” teaching. It’s hard not to have fun when you’re dancing to Michael’s lively presentation.

During the 80s and 90s Michael called squares full time. He now works full-time during the day as a systems analyst. He teaches beginner level thru C2 weekly and calls for special events on many weekends. Michael’s travel is restricted mostly to weekends now. Additionally, he calls 2-3 weeks in Europe every year and one week in Japan every other year. Michael shares the calling privileges for Tinseltown Squares in Los Angeles, teaching A2 and Challenge programs.
Michael lives in Northridge, CA.

For over 30 years, Darryl has conducted a winter program, in Mission, Texas, for all the “Winter Texans” who choose to spend their winters in the “Texas Tropics” of the Texas Rio Grande Valley. Darryl calls a full range of programs, beginners thru C-3.

During the summer months, Darryl, and his wife Decah, travel extensively throughout the United States and foreign countries, calling many festivals, weekends, and institute weeks. Among Darryl’s favorites was Kirkwood Lodge, where he called at the historical square dance destination for over 30 years!

Darryl has recorded for several square dance labels, and is currently recording for Riverboat Records, and is Staff caller for ESP Recording.

When dancing to Darryl, you are assured of smooth flowing, innovative, and exciting choreography. Darryl enjoys calling all levels of square dancing equally well; however, he admits working with beginners is especially exciting!

Mike Seastrom has been dancing since 1960, and calling since 1963. He started dancing after losing a bet to his mother and calling when he tried to show his 6th grade teacher what “square dancing was really like”. He taught his first class in 1963 after borrowing money from his folks to buy a small sound system and was able to pay them back before the class was over.

After receiving his doctorate in 1976, Mike joined CALLERLAB in 1977, and has been Chairman of several committees, as well as an annual presenter for interest sessions and seminars at CALLERLAB conventions. Mike served on the Board of Governors from 1984 to 2003 and completed a two-year term as the CALLERLAB Chairman of the Board in 1994. He was also awarded the Milestone Award in 2001 by two of his mentors, Bob Van Antwerp and Bob Osgood. He submits the monthly CALLERLAB Viewpoint articles to “American Square Dance” magazine and his articles have appeared in various publications around the world.

Mike teaches, calls Basic through C-1, prompts contras, and also enjoys doing dance party events when his schedule allows. He is a strong advocate for the Multi-Cycle Method of teaching new dancers and enjoyed a very successful program with the Valley Trailers Square Dance club in California. Mike currently teaches for the Buckles & Bows.

Calling has given Mike the opportunity to travel extensively in the United States, Canada, Sweden, Denmark, Norway, Germany, Costa Rica, New Zealand, Australia, and Japan. Mike enjoys dancing as well as calling and still feels that “dancing as a team of eight” is the best recreation in the world.

As a practicing dentist, calling is an avocation for “Dr. Mike.” He feels so fortunate to receive such tremendous support from his wonderful and understanding family and staff. 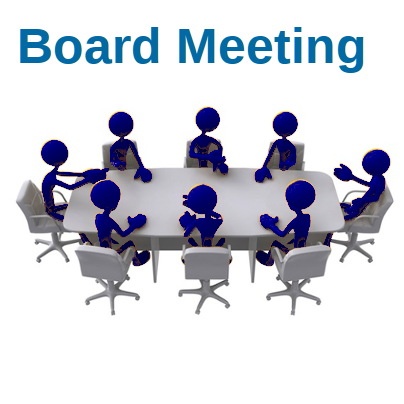 Spice up your event with an Interactive Square Dance Demonstration!